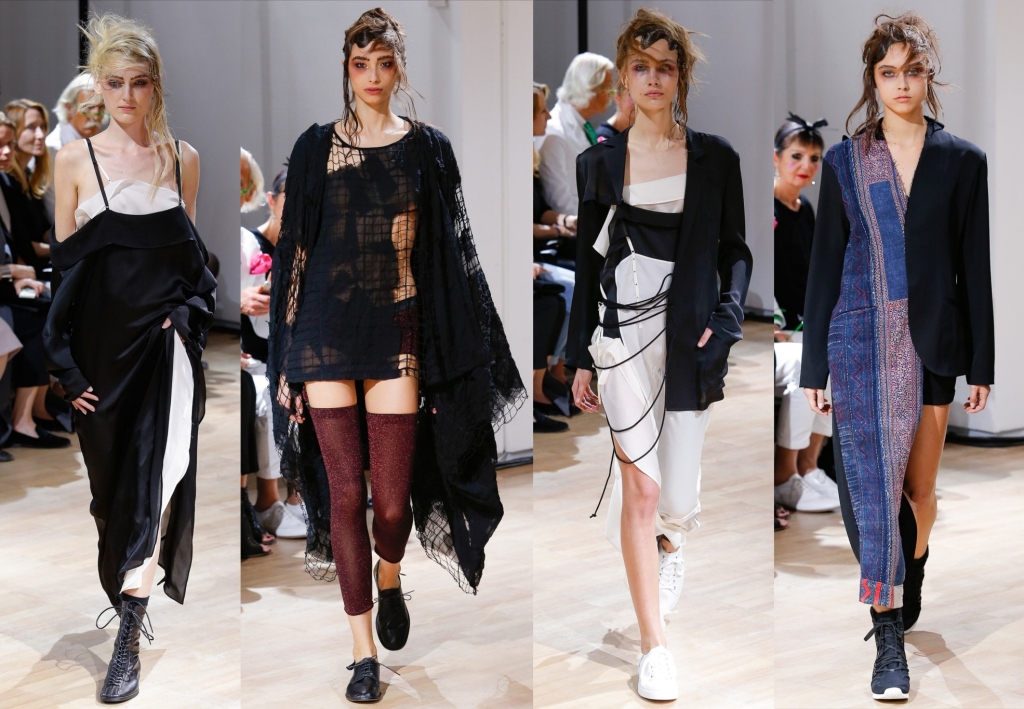 Yohji Yamamoto. Yamamoto’s outfits looked shipwrecked. The whole show left me wondering how models with damp, windswept hair in asymmetrical, messy drapery could look so flawless. Only Yamamoto could string this all together. He’s reached a kind of untouchable middle ground between minimalism and detailed that mesmerises us. This is the first collection where he’s deliberately aimed to make his clothes sexy and it worked well with models looking like an external force was unhinging their clothes. However, for me personally the middle bit of the show is the elephant in the room because the bright yellow and sailor hats are just not pleasing to the eye at all. Especially when juxtaposed between girls that look like they’ve come out of tsunamis still looking glamourous. 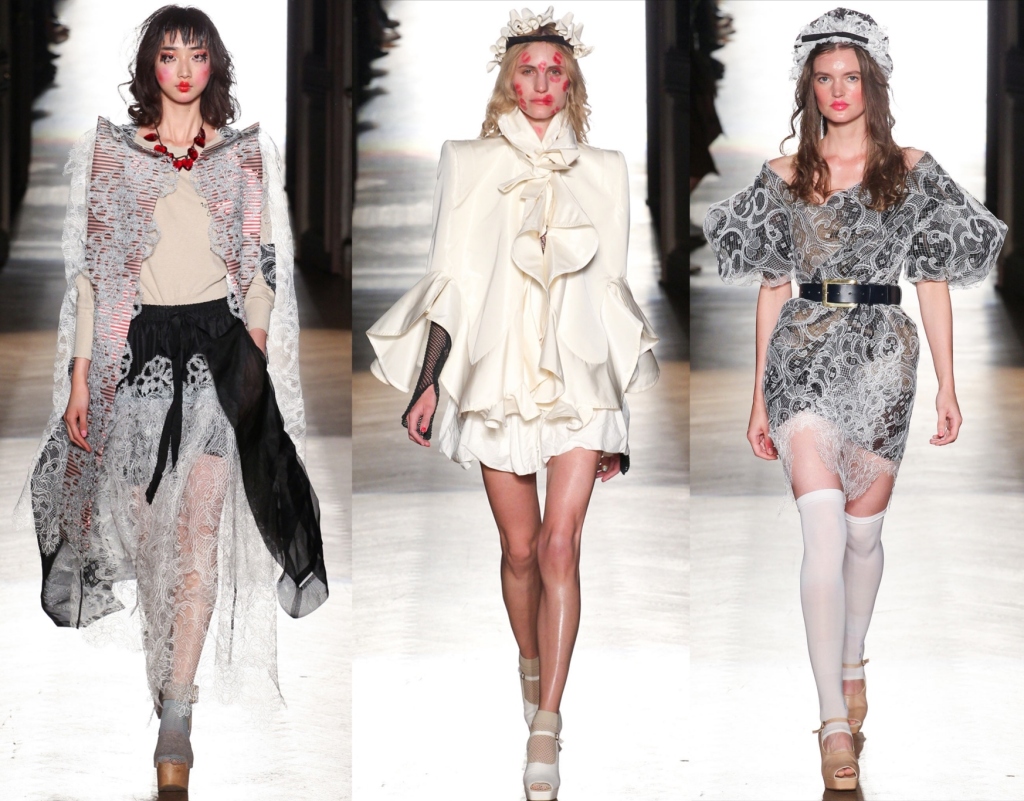 Vivienne Westwood. The theme of this show was “ecocide: death of the planet through man-made environmental catastrophe.” It opened with noises from the world’s most vicious animals and then proceeded with a catwalk of the most dangerous animal of all: mankind. This collection was typical Westwood style: a collage of shapes and structures from an array of different historical periods, with hidden elements of punk such as a fishnet sleeve peeking out from underneath a ruffled cuff. She’s been criticised for bringing nothing new to this collection, which I agree with to an extent but enjoyed it all the same. The messy hair, smudged lipstick and kiss stains on models added to it well.

Haider Ackermann was wearable and this time it isn’t fashion week’s code word for boring. Ackermann s/s 15 provides all the statement pieces you wish you had in your wardrobe. The sculptural cami dresses, obi belts and tailored trousers with satin inserts have left me wracking my brain for how I can magic up the funds to invest in this collection. 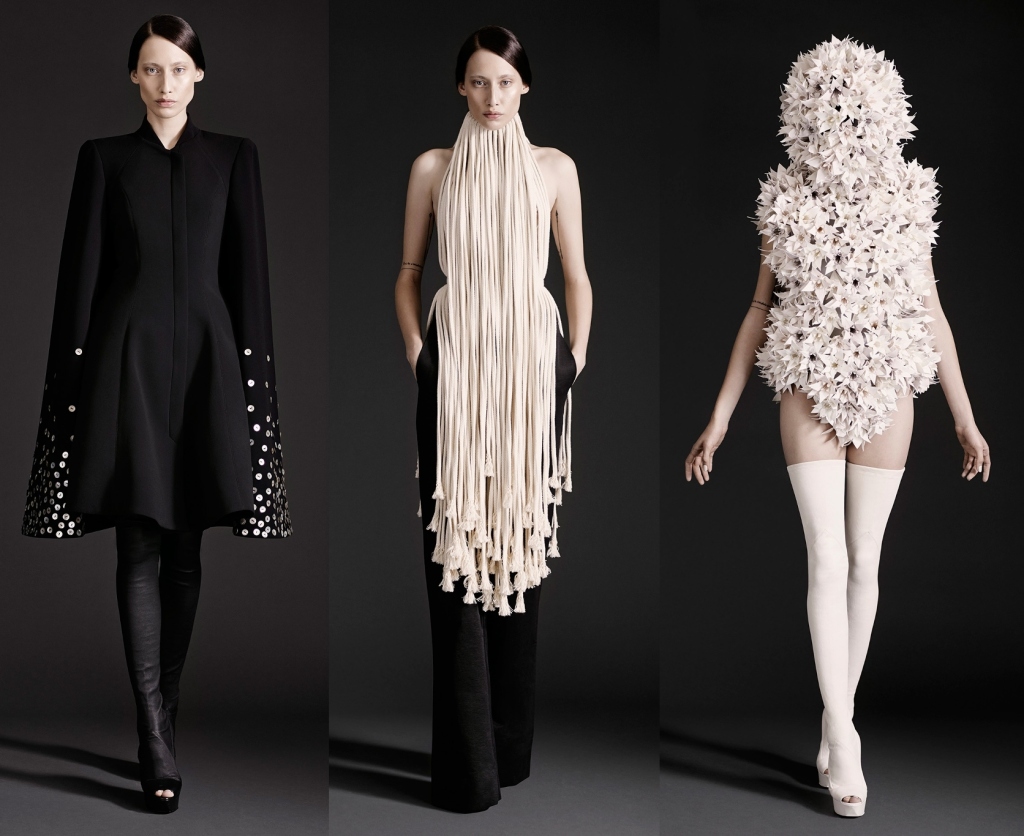 Gareth Pugh’s s/s 15 grew out of the ground rather than fell from another planet. In an attempt to distance from his usual space-age feel he incorporated folk-lore myths and natural fabrics. This collection included collars bearded with rope, paper-maché animal skull masks, sleeves that reached the floor, leotards embellished with chiffon flowers that grew up and over the face and scarecrows. It was so obviously Gareth Pugh but showed a side to him that we’ve not seen like this before, which is what every designer should aim to achieve. 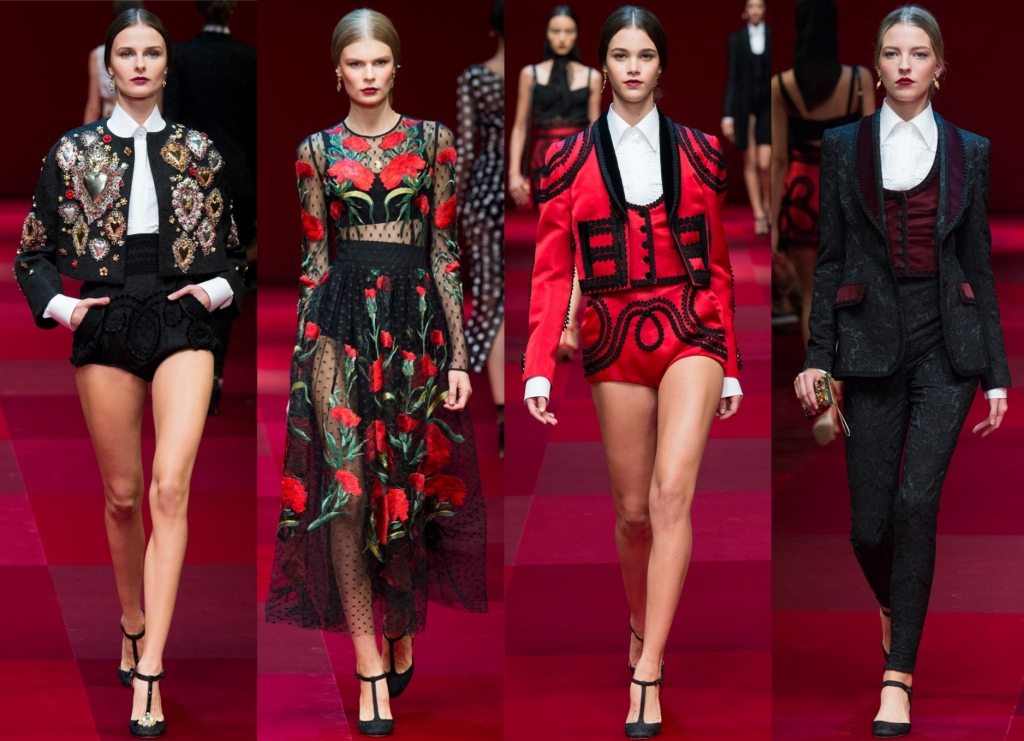 Dolce & Gabbana. Seriously, take a look at this entire collection for yourself here because I cannot even begin to summarise in 4 photos the wide range of embellishment details, silhouettes and cultural references included in this collection. Think their signature gold, black and red feel with richly adorned bull-fighting bolero jackets and embroidered chiffon. All in all it created a cascade of dangerously sexy matadors. The finale of the show was a long-legged D&G army in white blouses and red embellished shorts. 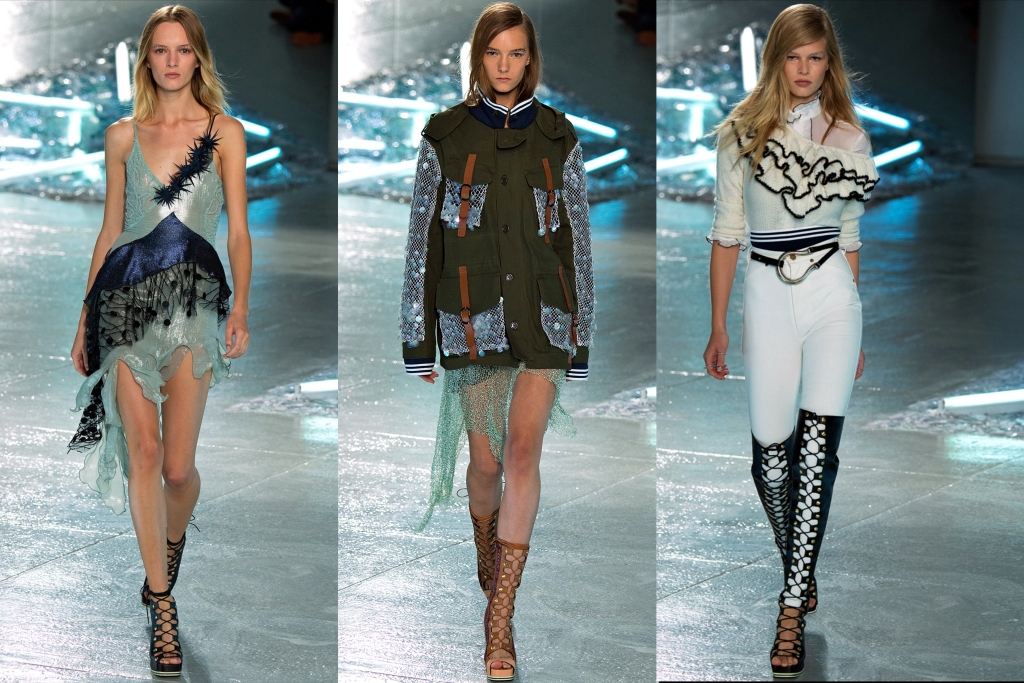 What do you think of these collections? Whats your favourite S/S 15 show?